As a younger sibling, I can understand the plight of Manchester United. Though they were founded chronologically prior to Liverpool, they share many traits with a second child.


They lived for a long time in the shadows, watching on with begrudging respect tinged with envy as Liverpool conquered all before them. Even when the Red Devils’ time came, each accomplishment was tinged with the knowledge that it had all been done before – the benchmark had been set, and they were simply measuring up to these impossibly high expectations. 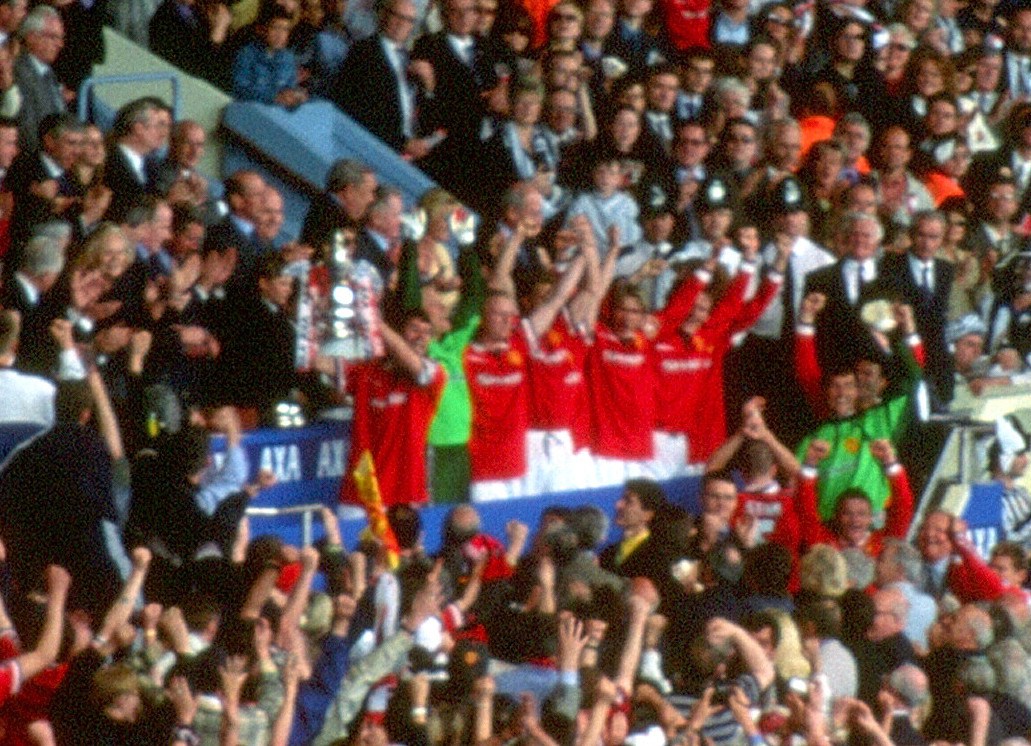 For a brief, ecstatic period, their star shone brightest: through decades of graft, they finally laid claim to the title of most successful club in England. The attention was theirs, they were the new benchmark. And then, just like that, they weren’t.


Like the kid from the state school who made it to Oxford then went back to live with his parents while his sister carved out a successful career – this is all hypothetical, of course – United fell swiftly from the perch they had spent years constructing. Already, the waters of their success have been muddied: Liverpool’s Champions League, Super Cup and Club World Cup titles have left them requiring snookers in the form of Community Shields to cling on to their claim of the biggest trophy haul.


More importantly, the shift in the trajectories of the two clubs has been seismic. Just as Liverpool’s ‘come back when you’ve won 18’ banner felt increasingly hollow up until the day the challenge was met, equally it seems inevitable that even United’s contrived trophy count including the showpiece season-opener will be surpassed sooner or later. For all the kid from Old Trafford may protest, the big brother is back on top.


This is not easy for them to take. As the derby approaches, historic clips have inevitably surfaced – videos such as Dirk Kuyt netting the exemplar poacher’s hattrick would once have been the hit of nostalgia Liverpool fans needed just to get through the weekend, but with only more success on the horizon they can look forward with confidence. For United, retreat into their past glories is the only place of safety remaining.


Some, though, choose to stand and stay swinging. This is where things get embarrassing. Again, it is hard not to feel sorry for them – all Liverpool fans of a certain vintage will remember the days of trying to sneak players into combined XIs in school debates, kidding themselves that the two clubs remained at least on a par. The truth of the matter, though, is that this season Liverpool’s own ‘combined eleven’ has a record points haul for this stage of a campaign. United are 5th, with a tally that could have seen them as low as 10th in previous years.


One of these teams is not like the other. Jurgen Klopp cannot yet be compared with Alex Ferguson, who it is far easier to praise now that he is not the cause of constant torment, but he has had a similarly transformative effect on his club. He has awoken the ‘sleeping giant’ – that comforting phrase that serves as a crutch to underperforming clubs – and restored them to the status of the greatest team in the world. There is no particular shame in the fact that Manchester United cannot match this: nobody can.


This comes as little solace, though, to the United fans – the rivalry is too deep, the habit of measuring up against Liverpool too ingrained.  The advancement into the latter stages of the Champions League, the unlikely survival of top four hopes: these will never wholly satisfy, not so long as the side from Anfield overshadow it all.


These frustrations have manifested themselves in the form of claims that United’s front three somehow eclipse Liverpool’s. Aided by social media accounts eager to cash in on the potential for engagement, statistics showing that the front three of Sadio Mane, Roberto Firmino and Mohamed Salah have been outscored by that of Marcus Rashford, Mason Greenwood and Anthony Martial have spread like wildfire.


The numbers are of course correct, but presented without context they are utterly meaningless. They cannot be separated from the positions of their respective teams – while United fans can clearly be pleased that their forwards have an eye for goal, they should have a closer look at the Samba d’Or holder and the previous two African Player of the Year winners before attempting to make favourable comparisons.


Truly world class forwards should be facilitators as well as goal-scorers. Goals win games, as those pushing hard for Rashford’s inclusion in Liverpool/United XIs will incessantly tell anyone prepared to listen, but it must be asked how the Old Trafford outfit have become so reliant on the front three. Naturally, some fingers must be pointed both at the quality behind them and at the manager. However, there is more to it than that.


Roberto Firmino can be found deep in midfield as often as he can be seen running off the shoulder of the last man. Sadio Mane and Mohamed Salah are not averse to shifts as auxiliary full-backs, covering spaces left by the marauding runs of the two full-backs following a turnover of possession. The European and world champions operate as a unit, getting the best out of the team as a collective. This requires far more intelligence from the front three than lurking on the halfway line ready to break: it will be recalled that they played far more in this fashion two seasons ago, when Mohamed Salah broke the Premier League goal record.


If Liverpool wanted to limit themselves to counter-attacking raids, their front three could eclipse United’s numbers with ease. We have seen them do it. There is duly a whiff of desperation about the comparisons, which ultimately are merely a cry for relevance as the club slides towards the risk of obscurity.


That is not to diminish Rashford, Martial or Greenwood individually, all of whom look like reasonable talents. If United can hold on to them, they are in a far better position to claw their way back to the top than Liverpool found themselves in at their nadir. Perhaps, before too long – probably with a different manager at the helm – a reasonable debate can be had about who would get into a combined eleven. For now, though, the last cries of defiance in the face of a record-breaking Liverpool team ring empty.
Posted by James Martin

I've moved! A complete collection of my work can now be found here:
https://jamesmartin013.journoportfolio.com/
Follow the link for a showcase of a number of pieces I did not re-publish here, including articles for The Indepedent, Liverpool FC's website and Colossus Bets.

"Excellent that mate, spot on" - @TonyBarrettTimes

"It's great to find sports articles that have some rational thinking behind them. Good work!" - @GazKubat

"As usual you delivered... Kudos!" - @Esitacantrel

"Quality read mate, loved it, you have a future in the press"- @erichko96

"Spot on read that mate"- @BobLFCYNWA

“This is really good - @irishpete67

"You're a good writer dude. Stick with it." - @Futheadnews

“Good article thanks for sharing.”- @theliverword

“Excellent well put together article well worth reading thanks” - @Stephen91613712

"Spot on article in my honest opinion." - @DavidLeeWarner