Liverpool 2-0 Porto: Put Some Respect on The Name


On Tuesday night, Liverpool triumphed 2-0 in the first leg of their quarter-final match against Porto. The fixture, a repeat of last year’s round of sixteen tie, was considered by many to be a formality – no team reaches the last eight in Europe’s elite competition by accident, however, and the Portuguese champions threatened on multiple occasions. A mixture of profligacy on the part of Marega and some important saves by Alisson kept Liverpool’s clean sheet intact, but wasted chances at the other end mean that Klopp’s men cannot go into the second leg with progression as assured as it was last season. Nonetheless, they have put themselves in a strong position to make it to the semi-final; this is a notable accomplishment in any campaign, but to do so while sustaining a challenge for the league title shows just how far this team has come in a short space of time. 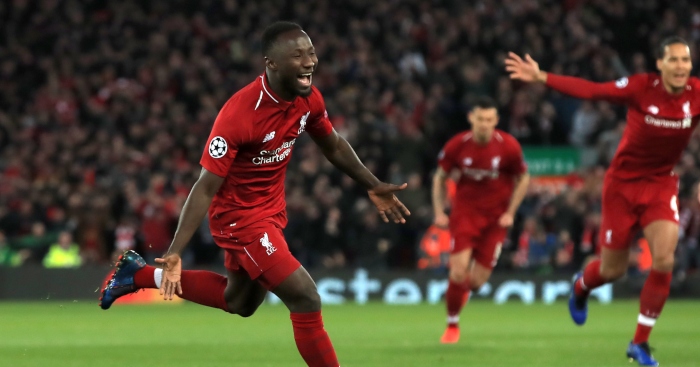 The Porto faithful had a haunted look about them when Liverpool took the lead after just five minutes. They had been here before – superior opposition turning up with both skill and luck on their side is a deadly cocktail, one that resulted in a 5-0 humiliation in their own back yard just fourteen months ago. When Keita’s positive drive forward was not tracked and his subsequent shot evaded Casillas courtesy of a huge deflection, there was a feeling that it might be a similarly long night. The players in red appeared to be gripped by a similar vision – at any rate, the waves of pressure remained relentless after going in front.  This made for an entertaining contest, but it exhibited the sort of naivety that is more closely associated with the Liverpool of a year ago. It was the kind of performance that can produce 5-0 wins, but is just as capable of resulting in the squandering of comfortable leads. The second leg of the Roma tie in the semi-final stage of this competition last season come to mind. On this occasion, however, the advantage did grow rather than evaporate: Porto had created and wasted a number of reasonable opportunities, but a glorious sweeping move up the pitch was finished off by Roberto Firmino to double the home side’s lead.

Alexander-Arnold chalked up the assist, but it was Jordan Henderson who truly made the goal. His delightful ball to the full-back gave the youngster the freedom of Anfield in which to pick out Firmino, who was left with the simplest task of the lot. The only surprise was that the Brazilian deigned to look at the ball when steering it in from a matter of yards. Liverpool’s captain has been enjoying himself of late in a more advanced position: Klopp’s growing faith in Fabinho as the sole man in a deeper role has allowed Henderson to move into more natural territory, and Liverpool are reaping the rewards in attack. The ease with which Porto created chances of their own might tempt Klopp into shackling his number fourteen with defensive duties once more when it comes to the Chelsea game at the weekend, but Henderson will feel that he has proved that he can be the answer to Liverpool’s problem of lack of creativity from the midfield.

He was not the only one making his case.

Naby Keita has been steadily growing in influence after a very stuttering start to his Anfield career. The season has been littered with the odd promising cameo, but there has often been a sense that he is playing within himself. The vital equaliser against Southampton, and the evident delight and relief it caused him, looked as though it might prove to be a turning point – even this goal, though, a header at the back post, was not exactly a realisation of the dynamic, all-action Keita that Liverpool fans had been promised. That player arrived against Porto. Per @DanKennett, the Guinean made six tackles, ten recoveries, six dribbles and two key passes – this is before his goal is even mentioned. This array of qualities, the sense that he is doing the job of two men, is what was so eagerly anticipated when Liverpool secured his signature; the recapturing of such form just as Jurgen Klopp’s side reaches the business end of its push for two of the biggest trophies in the sport could not be more well-timed.

Let’s consider that for a moment. It’s April, and the Premier League and Champions League are still very much up for grabs. This is a remarkable feat: on one level it is exactly where Liverpool Football Club belongs, but equally it is essentially unchartered territory in the context of the past two decades. Fans have generally had to content themselves with a push for one or the other, and often neither, and yet some supporters still have the temerity to bemoan the fact that the margin of victory was not so large as to allow players to be rested in the second leg. Of a Champions League last eight clash. That this team is now at the point where a 2-0 triumph in the business end of the European Cup is not a universal source of euphoria, and can even draw criticism, demonstrates the astonishing progress that has been made under Jurgen Klopp. For what it is worth, Liverpool fans should know more than most how fickle fortunes can be in football – there are real reasons to hope that this period of challenging will blossom into a genuine era of great success, but in the mean-time everyone should be consciously striving to enjoy the journey. Nonetheless, the fact that the bar has been so substantially raised is as clear an indication as any that this is a team back amongst the European elite. There is true quality from front to back: enough to dispatch of the likes of Bayern Munich, and to pile pressure on a City side that broke records for fun last season. Henderson’s defiant celebration against Southampton delivered a message to everyone doubting him as an individual, but also to those who doubt the team: it is time to put some respect on the name.

Of course, nothing is won yet, and with opposition of such elite calibre there are no guarantees that the campaign will end with silverware on either front. However, the belief within the team is tangible; not only tangible, but justified. It is hard to deny that the team is one of the best in Europe at the moment - Liverpool will not fear a potential semi-final meeting with Barcelona in the Champions League. On the domestic front, Klopp has nearly steered his side through the toughest spell of the season unscathed – a succession of potentially tricky fixtures while City’s run was favourable could have spelled the end for the title race, but through talent and tenacity Liverpool have relentlessly kept up the pressure. Victory over Chelsea at the weekend in the final against a side from the top six this season would be a massive psychological triumph ahead of Manchester City’s games against Tottenham and Manchester United in the space of a week, but thanks to the efforts of the challengers up to this point the match against Sarri’s men is not make or break in this regard. Whatever happens, the overwhelming feeling towards this team amongst fans must be pride: every last one of the supporters is dreaming of clearing the final hurdle that has proved a stumbling block since 1
990, but even if it proves too high once more there can be no denying that every single member of the team has given absolutely everything they have. There is no more that can be asked.

Posted by James Martin No comments:

I've moved! A complete collection of my work can now be found here:
https://jamesmartin013.journoportfolio.com/
Follow the link for a showcase of a number of pieces I did not re-publish here, including articles for The Indepedent, Liverpool FC's website and Colossus Bets.

"Excellent that mate, spot on" - @TonyBarrettTimes

"It's great to find sports articles that have some rational thinking behind them. Good work!" - @GazKubat

"As usual you delivered... Kudos!" - @Esitacantrel

"Quality read mate, loved it, you have a future in the press"- @erichko96

"Spot on read that mate"- @BobLFCYNWA

“This is really good - @irishpete67

"You're a good writer dude. Stick with it." - @Futheadnews

“Good article thanks for sharing.”- @theliverword

“Excellent well put together article well worth reading thanks” - @Stephen91613712

"Spot on article in my honest opinion." - @DavidLeeWarner